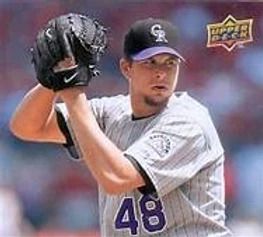 The hard nose and hard throwing starter will be in uniform for the Denver Browns when they square off versus the Boulder Collegians for their Home Opener on Friday May 28th at Scott Carpenter Park (date is tentative due to Covid).

Jason presumably the Denver Browns starting pitcher that evening but depending on his arm maybe only throwing out the first pitch. But if nothing else he will serve as Brown's manager Mike Onisko’s bench coach for the ballgame and hopefully also filling in on color for a couple innings during the broadcast. Thankfully one way or another we will have him wearing the Denver B for what has become the perennial exhibition game of the Amateur Denver Baseball Season, one in which the Denver Browns aim to win. The Collegians known to draw a crowd with attendance numbers pre-covid between 300-500 friendly fans.

Drafted out of CAL Lutheran, Jason was a 3-year starter, and flashed a 97 mph fastball and a mid-80s slider. He wielded a 26–6 record, 2.96 ERA w/ 238Ks. He is tied for first at the university in career wins (26) and holds the record for the most strikeouts in a game (18). Drafted by the Astros with their top pick in the second round (59th overall) of the 2003 Amateur Draft, 2005 Hirsh won the Texas League Pitcher of the Year and in 2006 he won the Pacific Coast League Pitcher of the Year marking his first W in the Majors that same season. 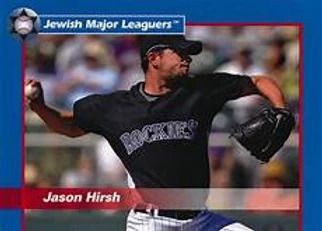 While with the Colorado Rockies in August 2007 Jason famously broke his leg pitching on sheer grit and determination and also not realizing his leg had been broken, a line-drive comebacker hit by the second batter of the game JJ Hardy caught him in the shin in the first inning, Hirsh went on to throw out Hardy and pitch six innings that day, earning a key win for the club on their way to their only World Series. Asked what he would do the next time he faced Hardy, Hirsh joked: "I might put a catcher’s shin guard on." The injury ended his season. "I was crushed," Hirsh said. "Obviously, nobody wants to have someone tell them that their season's cut short.” But he did help the hometown team reach heights they’ve never reached before (or after) that being the Rockies only National League Championship (2007). Not a coincidence, Denver Browns GM Matthew Repplinger also part of the Colorado Rockies Organization in 2007 as that season marked the first time Repp and Hirsh had ever crossed paths.

Jason owns and operates one of the states most elite baseball training facilities FAST Performance located at 4650 Leyden St. in Denver please check them out for your aspiring ball players at www.fastcolorado.com

This is Jason’s second stint appearing on a Denver Browns roster as he agreed to similar terms in 2014 and has had an open invitation from the Browns GM in every season since. Jason is one of many former MLB players extended offers this week including Nate Field, Michael Saunders, Luke French, Ryan Spillborghs and Mike Meyers. Others to be offered include Darnell McDonald, Clint Barmes, Brad Lidge, Manuel Corpas, Chris Iannetta, Chin-Hui Tsao and believe it or not... Jose Canseco and Roger Clemens.

With Santa barely finishing his milk and cookies the pine for Spring is on and you better believe when the sound of baseball mitts start snapping it will be time for Denver Browns Baseball once again.

Thanks Jason and thanks to all the Denver Browns Baseball Fans this Holiday Season! Blessings to all and to all a good night! HOHOHO Support Local Baseball & Merry Christmas!