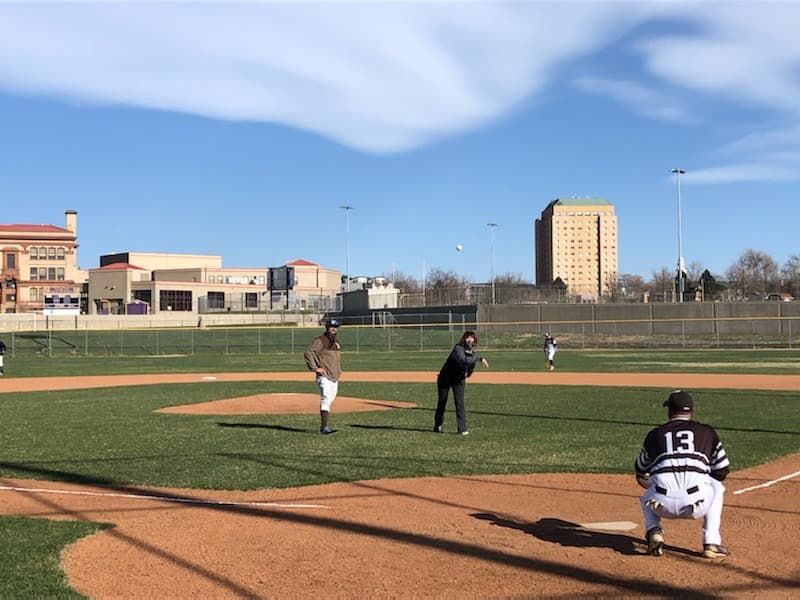 In a tribute to Denver Browns only non-player ever inducted into the Denver Browns Hall of Fame, John Elliott. The Denver Browns were able to pay their respects in their own fitting way to what John meant to The Denver Browns Baseball Club as well as the City of Denver by putting up a max effort vs a solid Dirtbag team with a 13-0 victory on Opening Day. Denver Browns Opening Day ace starter Houston Hibbered struck out a Denver Browns 7 inning record 17 strikeouts and was in line to break the Browns all time record of 20K's in a game (Sean Chase 2014) had the game not ended early due to the 10 run mercy rule.

John truly was a force for the good of mankind here in Denver. Always outspoken in regards to his beliefs in healthcare system and the intricacies of local and state government, John never shied away from speaking his truth and standing up for the disadvantaged.

Mary Therese Anstey (John Elliot's significant other) threw out the first pitch for the many spectators there to remember and NEVER FORGET John Elliott. As fate would have it, she fired a strike to Denver Browns vet Matt Barker who happened to be wearing number ( you guessed it) #13... For sure a good omen as The Denver Browns go on to win in convincing fashion 13-0.

ZEPS EPIQ Sandwiches sponsored the game - Player of the Game - Houston Hibbered will be awarded a $25 Gift Card for his effort. Mention "Support Local Baseball" for a free cookie w/every purchase all season long... Thank you ZEPS EPIQ Sandwiches for your support of local baseball.