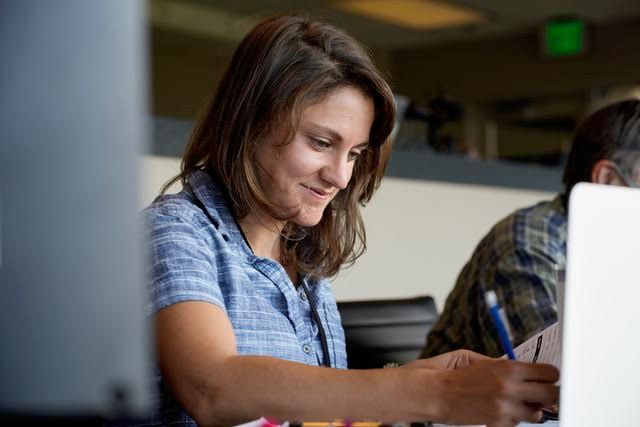 JIllian "Jilly" Geib knows a thing or two about baseball, to be more precise, the big leagues. She's worked for Major League Baseball in a myriad of different positions, in fact she's actually held every position there is says Jilly... "Since 2012, I have worked every position that the Data Operations department staffs at the ballpark. I was part of the team that launched the Field Timing initiative in 2014 – we started off holding up large colored cards to signal to the umpires when to come back from inning breaks, and now have expanded to running stadium clocks between play events and innings in all major ballparks, as well as experiments with pitch clocks in Spring Training and minor league ballparks. When BOSS (Balls, Outs, Strikes System) was implemented the following season, I was asked to be a member of that team, and was recruited to join the Stringer team in 2018. Most recently, in the 2021 offseason when a spot opened up on the Official Scorer team for the Rockies, my name came up as a logical choice to step in thanks to my knowledge and experience!" Talk about hiring the right person to be the new Denver Browns Scorekeeeper! "Jillian was the obvious choice" say's Denver Browns AGM Collin Zanker. In 2014, Jillian also went back to school to get her Master’s Degree in Education at the University of Denver, and now she teaches 5th grade for Denver Public Schools. The Denver Browns are so excited to have Jillian as a part of our team in 2022. She's the only current female scorekeeper in Major League Baseball and only the 3rd or 4th to ever have that title in the history of Baseball. After her HS Softball career was over she attended Boston University to study journalism, with dreams of becoming a sports reporter. "I had several internships, one was for WBUR's show "Only a Game" with Bill Littlefield in 2011 and another with ROOT Sports Rocky Mountain in 2012." Through these experiences, she realized just how much she loved the little intricacies of the game of baseball and she also decided that she could be taken much more seriously for her knowledge through the statistical side as opposed to the broadcast end. "I met a good friend of mine during that time, Bryan Brown, who was working with MLB.com and he was able to connect me with a job right after graduation working for the Pitch F/X team and Sandy Zinn" (that project has now become known as "StatCast"). With all of Jillian's experience we know she will do a great job keeping official book for Denver Browns games all season long... Perhaps we could have her hold a clinic this season for those interested in learning more on the intricacies of Scorekeeping??? Stay tuned Browns Fans! #BaseballCard4Kids

FYI - Another notable former Denver Browns Scorekeeper is Dr. Meredith Wills who has gone on to do remarkable work in regards to Baseball RnD and has been featured in numerous articles regarding baseball changes and the affect on data analytics. 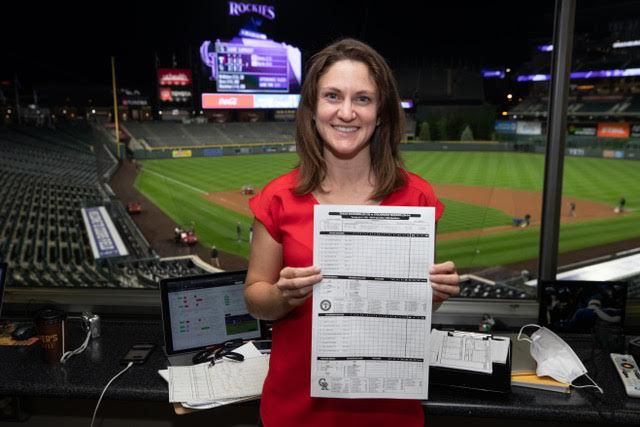